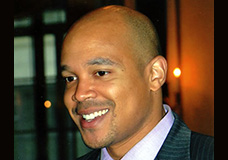 Jamal M. Edwards, Esquire announced that he is resigning as president and CEO of Howard Brown Health Center (HBHC) in Chicago, Illinois. After completing two successful fiscal years of leadership, including a multi-million dollar financial turnaround of the organization, nearly doubling the health center’s number of patients and clients, and significant private and public grant awards, Edwards has decided the timing is right for him to explore new opportunities and transition control of HBHC to new leadership.

Jamal M. Edwards, Esquire announced that he is resigning as president and CEO of Howard Brown Health Center (HBHC) in Chicago, Illinois. After completing two successful fiscal years of leadership, including a multi-million dollar financial turnaround of the organization, nearly doubling the health center’s number of patients and clients, and significant private and public grant awards, Edwards has decided the timing is right for him to explore new opportunities and transition control of HBHC to new leadership. For the full story, click here.

Appointed President and CEO of Howard Brown Health Center (HBHC) on June 1, 2010, Jamal M. Edwards, Esq. brought a wealth of business and legal insight to one of the nation’s and Midwest’s largest healthcare and research organizations, primarily serving the lesbian, gay, bisexual, transgendered, questioning community and its allies (LGBTQA) and persons affected by HIV/AIDS. Edwards accepted the CEO at a time when the organization faced a financial crisis after a federal investigation revealed mismanagement of millions of dollars in grant funds by past leadership. After his first year, HBHC regained the trust of its major stakeholders, overcame five years of record deficits, and was out of the red with fiscal year 2011 results yielding a surplus of over $1M.

Edwards is a proud alumnus of Morehouse College, and received his Juris Doctor degree from the University of Michigan Law School. Outside of his professional career, Edwards is just as committed. He is an active philanthropist, plays piano and is civically and politically active. Above all, he is a very proud parent of his four-year-old adopted son.

“I joined Howard Brown Health Center with the sole intention of solving the organization’s immediate financial and legal problems,” said Edwards of his departure.  “I am proud to say that we have accomplished that and more in a very short amount of time, bringing effective long-term solutions to many issues. It has been an honor to be a part of the transformation of this now highly-innovative organization that makes such a tremendous impact in the lives of tens of thousands of people throughout the Midwest and beyond. This experience has been among the most rewarding of my professional career and one for which I will always be grateful; but the time has come to move on for certain personal and professional reasons.”

A licensed attorney and a former partner at Kirkland & Ellis, LLP, one of the nation’s largest law firms, Edwards was hired by HBHC in June 2010 to address significant legal challenges and to establish financial stability for the health center and in the past two years has brought tremendous improvement and growth to the organization. Edwards feels he has satisfied the “calling” that drew him from his partnership at Kirkland & Ellis LLP to HBHC. Given the significant turnaround, he feels the organization is in a stable position to continue its strong path with new leadership. Edwards also cites personal reasons for resigning including wanting to spend more time with his four-year-old son.

During his time at HBHC, Edwards’ accomplishments earned him the respect of his peers. “I am honored to have had Jamal as a colleague. He has been a fearless innovator and an incredibly strong leader,” states Howard Brown SVP and COO Dr. Magda Houlberg, MD. “Jamal marshaled HBHC through a challenging time, brought unparalleled vision, and broadened the organization’s horizons in a way no previous leader was able to accomplish. I respect his incredible work ethic and willingness to step into this very difficult and challenging role as CEO at what was probably the most critical time HBHC has ever experienced.”

Upon learning that Jamal Edwards was leaving as President and CEO of Howard Brown Health Center, Illinois Primary Health Care Association President & CEO Bruce Johnson stated, “Jamal Edwards is a tireless leader and has worked countless hours on behalf of the patients and Chicago communities served by Howard Brown Health Center. A devoted advocate for the underserved, Jamal is a true asset to community change in Chicago. His passion for improving the health of others, especially those in the LGBT community, is unwavering. Jamal’s leadership in the arena of community health care will be missed.”

Edwards’ accomplishments have been prominently recognized by the business community, including Crain’s Chicago Business who named him to their coveted “40 Under 40” list in 2011 as well as fellow colleagues. “For the past several decades, Advocate Illinois Masonic Medical Center has been privileged to partner with HBHC. Jamal has proven himself to be a driven and successful leader, and we have enjoyed our most recent, productive collaboration,” said Regional Vice President of Advocate Illinois Masonic Medical Center, Michael Swarzman. “We are extremely proud of what our two organizations have accomplished together, particularly in providing much-needed clinical care and coordinating resources to improve overall service to our community.”

Other top organizations feel the same. “We’ve enjoyed working with Jamal and watching his passion, hard work and innovative vision for Howard Brown Health Center and the community and how he has helped improve the organization over the past two years,” said Northwestern Memorial Physicians Group President Daniel Derman, M.D. “We will miss working with him and wish him well in his future endeavors and wish the best for Howard Brown.”

William A. Streff, Jr., a partner with Kirkland & Ellis, LLP, recognizes Edwards’ tremendous achievements. “Kirkland & Ellis, LLP is proud of the work it has done over many years, together with Jamal M. Edwards, to assist HBHC through pro bono legal representation. We wish Jamal well in his future endeavors,” said Streff.

Edwards’ plans to begin exploring his many options, which may include returning to practice law at his former law firm Kirkland & Ellis, LLP or another organization, leading his family’s multi-million dollar real estate business or starting a social enterprise of his own, continuing his work at another health care organization, or simply spending more time with his family while assessing the potential opportunities that may come about in the future.