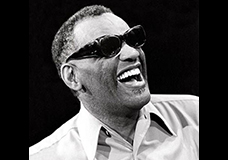 On September 23, “Happy Birthday” tributes were made in honor of the late Ray Charles who would have been 82 years old.

Also, Professor Matt Glazer, Berklee’s Director of the American Roots Music Program convened a conference-symposium on the life, music and legend of Mr. Ray Charles. The Conference began on Friday, September 21 and concluded  on Sunday September 23, 2012. It was a festive time where scholars, musicians and the larger community will reflect on the significant and indelible impact Ray Charles has had on American History and culture.

As part of the Berklee program, Lawrence “Larry” Watson, Berklee Professor, Ensembles, Voice and Performance Studies; M.P.S. (Africana Studies) facilitated a panel entitled “Ray Charles The Music the Genius and the Pathology” — humanizing one of the greatest musical icons of the 20th century.

The panel consisted of the following artists and professionals:

In addition to the panelists, Alvin Foster, a Berklee Alum who arranged the opening number for the evening concert directed an ensemble of musicians highlighting some of the major hits penned by Mr. Ray Charles. The Ensemble consisted of a diverse group of men and women showcasing two young musicians, Desmond “D.J. Scaife and Amon Robinson who have been performing Ray Charles music since they were six years old.  Professor Watson performed Ray’s “You are my sunshine” and the finale “Let the Good Times Roll.”