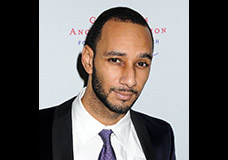 For the sixth year, winners will be determined by online voting. Fans can vote at the Coca-Cola AMA voting website, amavote.com, as well as AMA.abc.com. Artists will be honored in the categories of Pop/Rock, Country, Rap/Hip-Hop, Soul/R&B, Alternative, Adult Contemporary, Latin, Contemporary Inspirational and — for the first year ever — Electronic Dance Music. Fans can go to the official homepage of “The 40th Anniversary American Music Awards,” ama.abc.com, to find nominations, performer and presenter announcements, artist information and more.