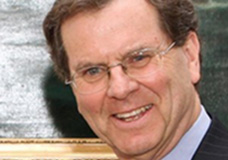 The American Jewish Committee (AJC )  participated in the national commemoration of the 50th anniversary of the 1963 March on Washington for racial equality. It was on that occasion that the Rev. Dr. Martin Luther King, Jr., delivered his historic “I Have a Dream” speech.

The commemoration began  with a praise and worship service at Mt. Airy Baptist Church in Washington, and continues with events on the National Mall over the next week.

AJC is an official “partner” for the overall commemoration and a “host” for the worship service, where Rabbi Noam Marans, AJC Director of Interreligious and Intergroup Relations, delivered remarks on racial reconciliation.

AJC Executive Director David Harris said: “Memorializing the dramatic march and Rev. King’s speech has special meaning for AJC. Our organization enjoyed a longstanding relationship with Dr. King going back to the early days of the Civil Rights Movement, when we worked closely in the cause of human equality and human dignity. And we proudly participated in the unforgettable 1963 event.

“One of the highlights of AJC history was Dr. King’s speech to our membership on receiving our American Liberties Medallion in 1965. He noted AJC’s support for a New York civil rights law as early as 1913 when, he said, ‘few dared to speak out’; our sponsorship of Dr. Kenneth Clark’s path-breaking research on the damaging effects of prejudice on schoolchildren that was cited, in 1954, by the Supreme Court in its landmark decision Brown v. Board of Education, banning public school segregation; and our credo that ‘Jews cannot ensure equality for themselves unless it is assured for all.’

“Tragically, Dr. King was murdered in 1968, but his legacy surely lives on. In the ensuing years, previously unimaginable progress has been achieved in overcoming our country’s shameful legacy of slavery and racial discrimination. To be sure, work remains to be done to fulfill the vision of a nation where all are judged by the ‘content of their character’ and not the ‘color of their skin.’ But we are a society today more free, more equal, and more inclusive because of the extraordinary leadership of Dr. King, symbolized by the 1963 march, whose 50th anniversary we now celebrate.”