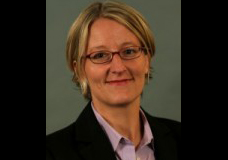 (Heidi Shierholz)–The Economic Policy Institute (EPI) is an independent, nonprofit think tank that researches the impact of economic trends and policies on working people in the United States.

The long-term unemployment rate–the share of the labor force that has been unemployed for more than six months–is elevated across all demographic groups, education levels, and states, according to new data released  by the Economic Policy Institute.

“Long-term unemployment not only means reduced earnings for workers, it also means more economic hurdles for their children,” said EPI economist Heidi Shierholz. “Currently, nearly 3 percent of U.S. children are facing the negative consequences of having a parent who has been unemployed more than six months. This is three times as many kids facing this situation as there were before the Great Recession began.”