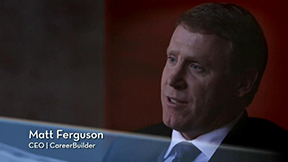 Companies will be ringing in the New Year with more job openings, according to CareerBuilder’s annual job forecast. More than one third of employers expect to add full-time, permanent employees in 2015, the best outlook from the survey since 2006. Salary increases – including raises for minimum wage workers – are also on the agenda of hiring managers.

“The U.S. job market is turning a corner as caution gives way to confidence,” said Matt Ferguson, CEO of CareerBuilder and co-author of The Talent Equation. “Hiring in 2014 was broad-based, including encouraging activity among small businesses and hard-hit sectors like manufacturing and construction. The amount of companies planning to hire in 2015 is up 12 percentage points over last year, setting the stage for a more competitive environment for recruiters that may lend itself to some movement in wages.”

The national survey was conducted on behalf of CareerBuilder by Harris Poll from November 4 to December 2, 2014, and included a representative sample of 2,192 hiring managers and human resource professionals across industries. Here are some highlights: