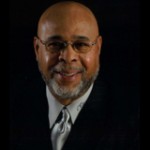 (Shown: Charles Blatcher, III Chairman National Veteran Coalition)Below is our editorial from July 26, 2013. It is now 2016 and the National Coalition of Black Veterans has yet to receive a promised call from the White House.In Support of Col. Charles Young , we are working to have him be promoted posthumously. As a Black colonel, he was not promoted because white soldiers would have had to salute him. Let’s make it right.